Often Tony Bloom’s artwork involves or implies movement, sound, water, or wind, and can have a functional aspect or reference, such as the fountains, maps, gates, or thresholds that he has designed and executed, including WaterWork, a four ton water-driven kinetic fountain for the head offices of the BC Hydro Authority in Vancouver, British Columbia. He collaborates with landscape architects and designers in creating art works and sculpture, sometimes with interpretive, ceremonial, inspirational, or civic components.

His roots in the craft movement inform his sculptural work and extends his reach beyond the purely sculptural to include the strictly functional such as the copper doors, tables, range hoods, fireplace facades, and the large steel and copper bowls and cauldrons for which he is noted.

Tony Bloom’s prime area of exploration is of concepts and forms in various media and thicknesses from 2 microns thin to 2 inches thick –including steel, copper, bronze, aluminum, and nickel — and the processes to form them. His investigation of process has extended to the industrial applications of fabrication, casting, folding, spinning, cutting, rolling and bending, and he carries forward his ongoing interest in surface treatments including surface manipulation, heat application, and chemical transformations including patina and rusting.

For over five decades Tony Bloom’s work has been exhibited in North America, Europe, and Japan, and he has been the recipient of national, provincial, and civic awards. He is the co-founder of Stonecrop Studios in Canmore, Alberta where he continues to create artwork for municipalities, corporations, and private residences that reflects his engagement with the dynamics of mental and physical play. 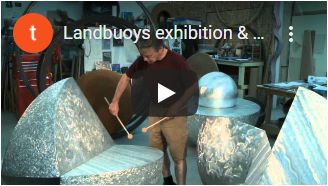 The Landbuoy sculpture series draws from and evokes ocean buoys, iconic artifacts that serve as warning signs and place markers. Here the buoys are out of water, objects left stranded by disappearing lakes, retreating glaciers, or receding geological seas, and their rounded bottoms creating an inherent tension with their placement and environment.

The sculptures are fabricated from architectural grade aluminum or stainless steel and range in dimension from 1.2m (four feet) to 3m (10 feet).

The pieces are moveable by wind or by hand. In addition to this kinetic aspect, the Landbuoys have tympanic acoustic signatures that I have utilized in performance-based pieces. 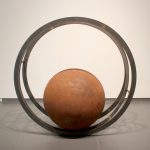 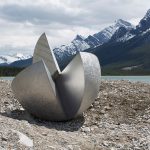 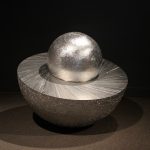 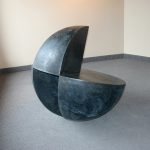 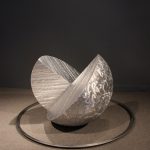 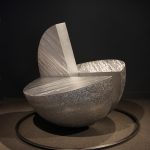 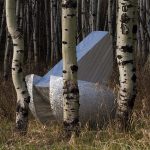 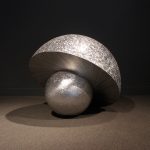 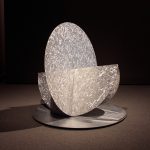 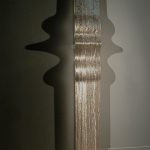 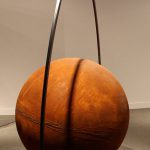 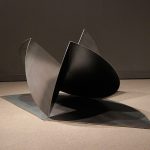 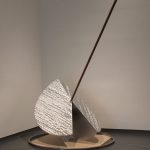 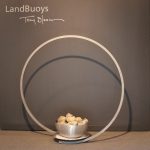